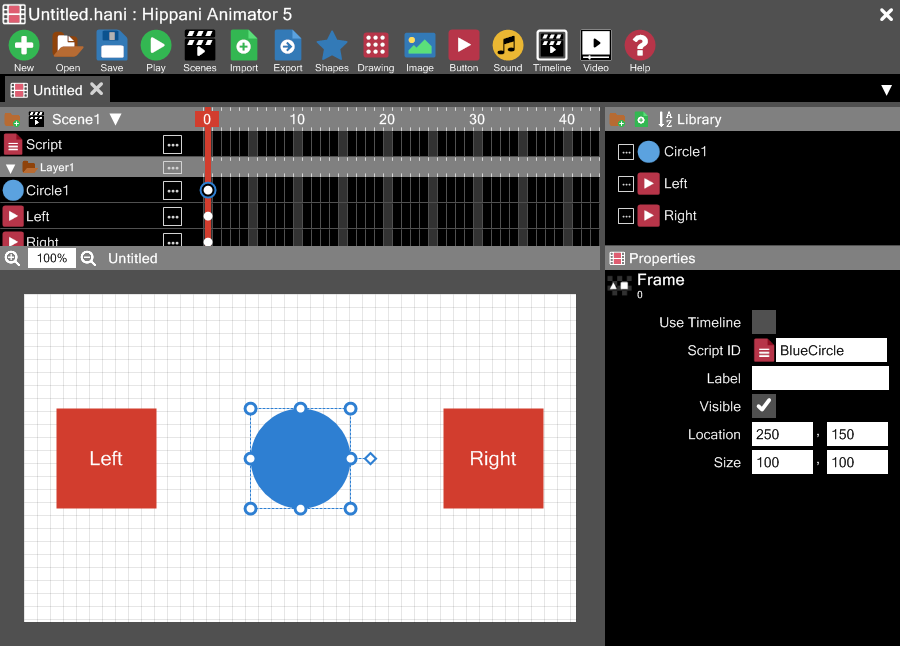 We will need to track the state of each button, add this script to 'General' in the movie properties. 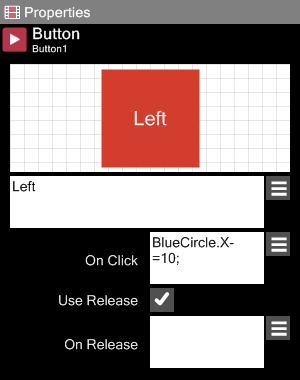 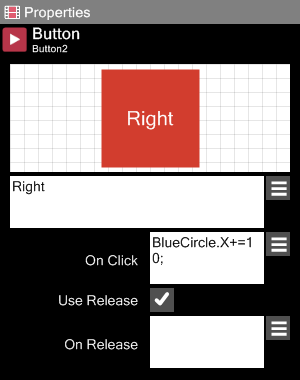 When the left button, for example, is held down, the variable LeftButtonPressed is set to true. When this value is true, the X value of the circle will decrease every time 'On Update' is called. 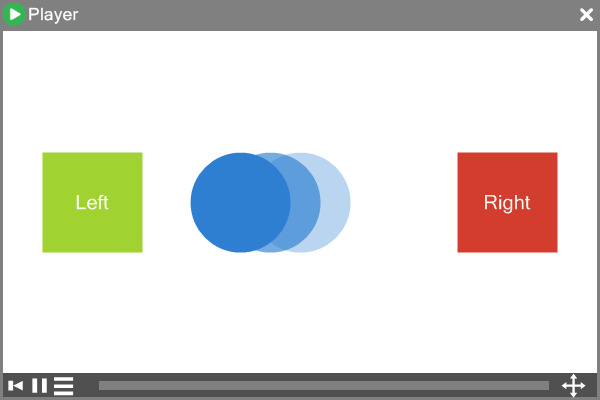