This tutorial demonstrates how to slow down the timeline and play in reverse. Start a new movie and recreate the circle animation from the 'Getting Started' tutorial. 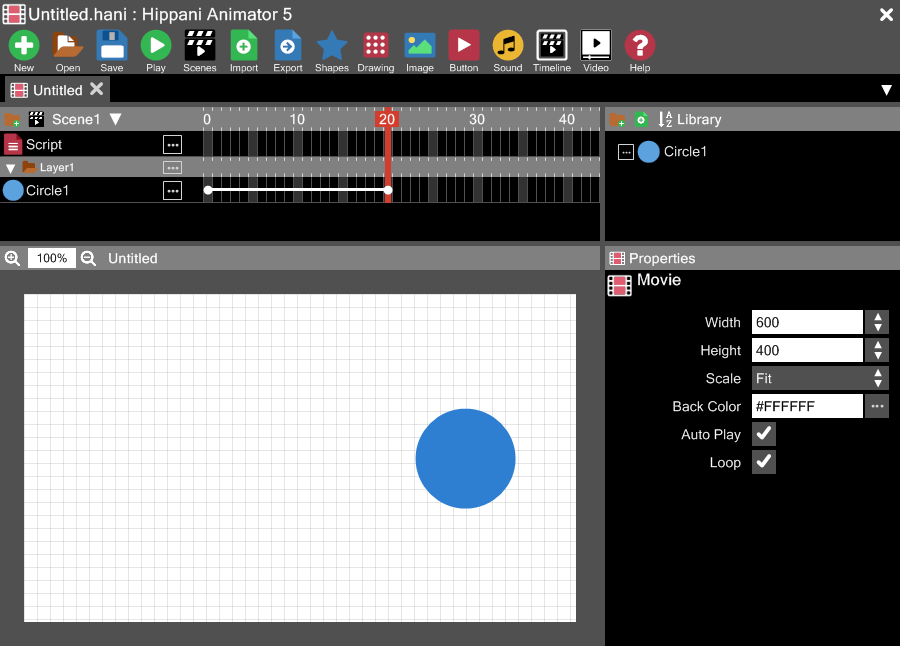 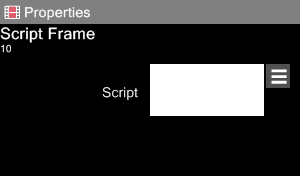 Add the following script to this frame. 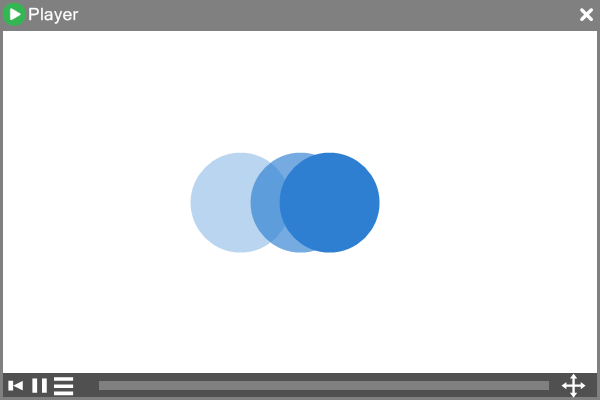 This will make the timeline play at half speed when it reaches frame 10. Add another script frame at frame 20.

When the movie reaches frame 20, if will start playing in reverse. Notice that when it gets to frame 10, it moves forward at half speed again. It's possible to make this script run only when the movie is running forwards. Select the script at frame 10 and change it.

If you like you can place another script frame at 0, to start the movie playing normally again.